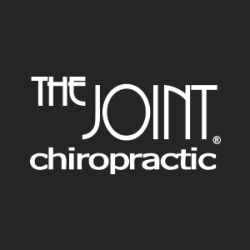 Welcome to The Joint Chiropractic - Escondido! As your local chiropractor in Escondido, we invite you to join the millions of Americans who have not only found relief from back pain, but also a pathway to wellness with chiropractic's natural, drug-free approach to healthcare. How We Can Help Whether you are familiar with chiropractic care or this is your first time, you can expect your visit to The Joint to be new and different from any healthcare experience you've had before. Perhaps even life-changing. Here is a quick and easy way to see what makes The Joint Chiropractic the perfect destination: Conveniently Located Open Nights & Weekends No Appointment required No Insurance Hassles / Requirements Affordable Personalized Care Plans Care at The Joint offers you and your family a quality, affordable, convenient and accessible healthcare solution. Chiropractic assists in eliminating and relieving the days of shoulder, neck and back pain as well as many other symptoms you may be experiencing. So whatever your ailments may be, visit our Escondido chiropractic office, because your overall health is our business. And remember, you never need an appointment to visit The Joint so stop in when it is convenient for you. See you soon!

What is the phone number for The Joint Chiropractic?

Where is The Joint Chiropractic located?

What is the internet address for The Joint Chiropractic?

The website (URL) for The Joint Chiropractic is: https://www.thejoint.com/california/escondido/escondido-31011?y_source=1_Mzc5NDkzMS01NDUtbG9jYXRpb24ud2Vic2l0ZQ%3D%3D

How big is The Joint Chiropractic?

What days are The Joint Chiropractic open?

How is The Joint Chiropractic rated?

The Joint Chiropractic has a 4.7 Star Rating from 219 reviewers.

I have been coming here for over a year and have nothing but great experiences. Sara Hines and the supporting staff have been very supportive and welcoming.

One Star ...The Joint Chiropractic/Escondido, CA
The Joint is a very streamlined chiropractic clinic that does not offer appointments. They are open seven days a week and have many franchises. You just walk in. You might wait only ten minutes to see the doctor, or two hours, depending upon who else is in the waiting room. The joint does not operate like a medical clinic—no patient notes, no nothing. Clients appear, the chiropractor looks them over without benefit of any records, adjusts what is deemed necessary and the patient leaves. This is rock bottom, cut rate treatment. But, I was new to chiropractic and figured I’d just be "adjusted" anyway.
I came in on the "come one," low ball rate of $25 for visit one because of a severe volleyball injury to several muscle groups, all in the left thigh or lower left back regions. I strained two muscles groups in my upper thigh, one in my lower back and literally, shredded my left groin muscle. I saw Dr. Carlsen, who could not maneuver me much because I was in so much pain. He claimed my sacrum was “out” and adjusted that, but did nothing else. Dr. Carlsen did not know I had just visited an Urgent Care to R/O hairline fractures and that they took five pictures of my left hip, sacrum and femur. They said the joints, including the sacrum were all in place. Mine were soft tissue injuries, not joints or bones. Dr. Carlsen offered no advice for treating the muscle trauma, nor techniques to stretch. I paid the $25.
Upon exiting, the receptionist said I could get four more visits for $79 and that this price was because I was buying an additional group of visits. That’s cheap so I paid another $79, but told her I couldn’t use them until I healed enough to benefit from treatment (adjustments), probably about two months. She said I had six months to use the four visits. While in the waiting room, I heard her tell another patron the same thing for the same purchase. I signed the paperwork and gave her the credit card number, and was subsequently charged $79, as agreed.
After two months, I healed enough and thought to just show up. At the same time I was about to just show up, I saw that another $79 was charged to my credit card. The bank said it was “chiropractic.”
I called the Joint, talked to a second receptionist and found out the charge was “recurring.” This was the first time I’d heard of this. The previous receptionist said it was a one time charge and that I had six months to use all four visits. This second receptionist said that was incorrect and that I had 30 days to use the four visits I paid for initially, and that they would not "roll over;" meaning, I paid the first $79 for the one and only visit, plus the additional $25, and that I had thirty days to use the additional four visits. So, for a total of $104, I got one visit from a chiropractor who did nothing and said I had a condition I did not. I was upsold four more visits and given misleading, and as it turns out, wrong information. And, for my trouble, I was charged another $79. The second receptionist said she would refund the second charge. Two days later she did. I came away thinking Dr. Carlsen was useless, and that he made up things (about my sacrum). He may be downright incompetent. The Joint is not professional, medically, and the financial information was more than a "misunderstanding," (according to the second receptionist). I hope so, otherwise it would be fraudulent. I will never go to them again,
I still want the four visits I paid for and thought I could use over six months. I'll file these complaints in the usual social media, plus file this with the Better Business Bureau. I'm still thinking about whether to file a complaint with Dr. Carlsen's State Licensing agency for obvious ineptitude.
STG
08/28/21

The lobby area is very peaceful and the both receptionist I have seen are great. The Dr. is very sweet, friendly and very professional. I had some lower back pain that I couldn't get rid of with even prescribed meds. I had two visits and started to notice a difference. After my third visit I am back doing regular activity without much discomfort. After my fourth visit I was back doing karate and falling without discomfort. They do an amazing job.

The simplicity of The Joint is exactly what a person needs. Immediate relief for a fraction of what a normal Dr visit may cost. The plans mean that you can keep your constant maintenance and get to know the staff. They are all super convenient and friendly.