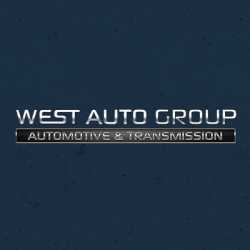 When you bring your car to one of our West Automotive Group locations you’ll receive the best automotive and transmission repairs in the area. But please, don’t take our word for it! Next time your vehicle needs maintenance services or repairs, give us a call at either our El Cajon, Escondido, Kearny Mesa, or Miramar locations. Experience the true meaning and real power of the phrase, “Satisfaction Guaranteed!”

What is the phone number for West Escondido Automotive & Transmission?

What is the internet address for West Escondido Automotive & Transmission?

The website (URL) for West Escondido Automotive & Transmission is: https://westautomotivegroup.com/west-escondido/

West Escondido Automotive & Transmission has a 4.6 Star Rating from 424 reviewers.

Not recommended at all. Unprofessional mechanics.

I began bringing my Audi here instead of the dealership and was pretty happy with the service.
I sent my girlfriend there to get her starting issue checked out. Happened only once but we use the car for business and need it up and running.
$500 and an ignition cylinder lock replacement later, same issue comes up a few weeks later.
Bring it back, say it's actually a crank position sensor. Another $500. I asked for verification that this would fix the issue, and they said it definitely would.
About a week later. Same issue.
Not only that, but they are lying through their teeth to me, saying that the second time they fixed the crank sensor because of a STALLING issue during test drive, not a starting issue.
THE CAR WAS BEING TEST DRIVEN DUE TO BEING BROUGHT BACK FOR A STARTING ISSUE.
Even after verifying with Eric and Dylan in the front office that this was being fixed to remedy the starting issue.
I won't bring my Audi back there, her Volkswagen, or any other of my company vehicles.
Really disappointed because I thought this was a quality service shop, and they would not stop until they proved me wrong apparently.