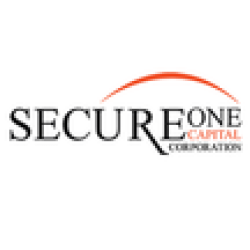 Secure One Capital Corporation will serve the personal needs of our clients by providing the highest quality in lending.

What is the phone number for Secure One Capital?

Where is Secure One Capital located?

How is Secure One Capital rated?

Secure One Capital has a 4.5 Star Rating from 285 reviewers.

Working with the team was simple and easy. It's a refi so nothing super exciting but the lack of issues and streamlined process certainly is notable since a refi and/or the staff could be very difficult but that wasn't the case at all. So no complaints and thank you! :)

They were a pleasure to work with and were able to close my loan really fast. I would highly recommend them to anyone!

I responded to Secure One Capital's mailer offering to refinance my existing mortgage interest rate of 4.5% down to 2.75%. My first contact was with James S., who was very helpful. When he saw that I was having difficulty with esigning on my computer, he sent all the paperwork to my home via overnight FedEx. After I was approved, Kim M. stepped in and assisted me in satisfying the underwriters' many requirements. It was a challenging process, and she always quickly responded to my many email questions. My loan funded yesterday, and I am happy to recommend this company to anyone seeking to refinance their home mortgage loan.

The experience with Secure One Capital, in dealing with our two loan officers (Ashley and Gilbert); was A +.
After Covid hit, it made things not so lenient; as before...Or fast paced. At first, we were working with another company; who dropped us, after six months of waiting and telling us we were conditionally approved.
I thought there was no hope for a while and it was very frustrating. But as things began to settle down, we received a notice in the mail...I called ASAP and it was swift; from there.
All was moving along as it should, with prompt response; from both agents.
We were very lucky to have dealt with this service and receive full approval, in tough times. I highly recommend them!
~Terania

It started with a letter; we thought it was from our current lender offering a better rate. [Sometimes I don't read as thoroughly as I should!] We made an initial contact Lauren Muller called the next day. She was able to gather information that was not too private very quickly. If it had gotten too private, it would have ended quickly. Lauren explained the process. Then Rick Albrecht communicated with us. He did more in depth explanation and still kept a distance on stuff that was too personal.
I had already checked BBB and found an A+. Our financial advisor didn't know about the company and cautioned us about refi scams happening. I presented our concern to Rick. He provided us with ways to verify the legitimacy of SO. Of course, I used my own ways to locate the links he sent. Everything about him and the company checked out fine. I even called our state Consumer Protection agency; the woman there verified that the commonwealth had no actions against the company. So we moved forward.
Unlike another company with whom I accidentally engaged in some conversations, I felt no pressure from Rick. SO has a great team who all know their jobs and are clear about what they can answer and what needs to be directed somewhere else. They even know to whom we should be talking.
Once we got the paperwork started, Lauren seemed to be more involved that Rick. Rick was still our 'go to' when a question seemed awkward or information wasn't clear. One of the challenges for us was the Ellie Mae experience. The forms keep asking for things we already sent under separate cover. Rick probably began thinking "Why did I get stuck with this guy!?!" We exchanged email constantly while we were completing the DocuSign process. I don't know if SO has any clout with Ellie Mae; if so, they should try to get the DocuSign process smoother.
SO sent a person from Coast to Coast [notary] to our house for signing the documents. This was probably the least comfortable of our experiences with SO. The agent was cordial which is different than welcoming. When I would ask a question, the agent always had the same response; I understand. My clarification questions were not about the agent providing the clarification. I believe the agent became annoyed that I wanted to read most of what I was signing. At one point, I called SO to get a clarification of about a check box that seemed to be inaccurate. I did what the SO rep told me. The C2C agent huffed several times. If this agent had been one of our first contacts in the process, we would have discontinued the refi process.
The mark of satisfaction is word-of-mouth. As the dominos for paying off one mortgage and getting the other in place began their pattern, we talked with one of our children who asked us to make a referral. I copied my child on the message I sent to Lauren. When she replied to my child, she included me. At this point, my child took me out of the picture.
Rick and Lauren were the primary players in this adventure. I don't want to forget Kacey and Deanna [?]. We had a great team helping us the entire way.