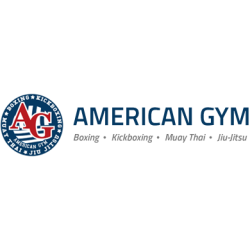 American Gym in Costa Mesa, CA, is so much more than weights and cardio equipment. We offer a variety of fitness classes such as boxing and cardio kickboxing that will challenge you to raise your physical and mental fitness. Our classes are for all fitness levels and require no previous experience. Have a child in your life who would love to try out boxing? We have something for them, as well! Our kid’s boxing classes teach discipline, self-confidence and self-defense in a safe and fun environment.

What is the phone number for American Gym?

Where is American Gym located?

What is the internet address for American Gym?

How big is American Gym?

What days are American Gym open?

How is American Gym rated?

American Gym has a 4.8 Star Rating from 49 reviewers.

Adding Jesus Soto Karass to the boxing training staff basically fixed the program. Jesus is legit he beat Andre Berto who was Floyd Mayweather's last real opponent. Around a decade ago it was only Steve Franklin teaching boxing here who is a crazy old man with CTE who was never a legit pro running the program. Steve was a grifter who wouldn't help anyone who didn't pay him for privates, so fighters at the gym taught newer fighters more than the actual lead trainer. Steve never had any discussions with new fighters on how to physically prepare to be in the ring at any point ever or even taught them proper technique without being paid $60 an hour. This is a 5 star boxing program now and a 1 star boxing program when I first attended about a dozen years ago so I'll split the difference at 3 stars. The fact that they let a guy who put his bank account over fighters long term health or this gym being a legit boxing program is unforgivable but after almost every boxer left, the gym owner clearly learned from his mistake so he deserves props for that.

Love American Gym! The owner is always bringing in new equipment and looking for ways to improve the gym. Lots of variety in equipment that you don't get in the commercial gyms. The staff is very friendly and they keep the place clean.

Love this gym Drex has been training me during the week and I already lost 7 lbs in 2 weeks! I’m always sore after a session.The staff is amazing especially Jocelyn highly recommend!

My go to gym, all of the staff/trainers are very friendly and knowledgeable. Can’t imagine going anywhere else.

This is by far my favorite gym that I’ve been a member of. Has all the equipment you need plus plenty of heavy bags and love the sense of community it fosters. The trainers and coaches are awesome and so helpful. Def recommend!