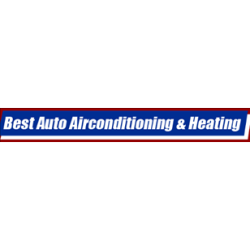 Best Auto Airconditioning & Heating in Anaheim, California, offers a range of auto air conditioning and heating repair services with ASE-certified mechanics that can perform a full range of repairs. Our goal is to provide high-quality service, repair, and maintenance to each of our customers by offering honest, reliable customer care. Call us today for more information.

What is the phone number for Best Auto Air Conditioning & Heating?

What is the internet address for Best Auto Air Conditioning & Heating?

Friendly, professional & fast. I had my 1yr old granddaughter with me. We were both sweating it was so hot. I was originally told it would take 2 hours so we walked across the street to Jack in the Box. My car was ready in ONE Hour! My AC worked better than it did a year ago! Amazing!

I took in my car because the ac would blow cold air but after a while it would stop. It was diagnosed as a bad compressor. I was quoted at $600.00 for a remanufactured and $900.00 for a new one. I went with the remanufactured because the shop offered the same warranty "1 YEAR OR 12,000 MILES FOR PART AND LABOR." The next day on a trip to Arizona it went out, same symptoms as before. It would blow cold air but would stop if too hot outside.
On my return, I took it back to the shop. The Asian man who's always at the front desk, don't know his name, told me that won't have happened if I went with a new one. But he said he "would" change it. Well, I'm pretty sure he did not replace it. First off, they said it would take about two to three hours to change it. However, they were done in 45 minutes. The next day, it goes out again. Same thing, blows cold air but in the afternoon when it's really hot, the compressor just gives out. Don't waste your money with a shop that does not honor their warranty and just gives you the run around.

Took my 2008 Mustang to Donnie. He was able to quickly troubleshoot my AC problem. Fortunately it was a just couple schrader valves. He had my AC running cold again in no time. Thanks Donnie!