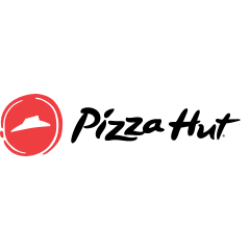 We are taking additional actions to prioritize safety at our Pizza Hut restaurants in the U.S. Most immediately, we’ve increased the frequency of our already strict sanitizing procedures in high touch point areas in our restaurants like door handles, front counters, credit card machines, seats, dining areas & restrooms. We’ve always had strict hand hygiene & sanitizing procedures in place & continue to reemphasize the importance of our brand health standards. We’re ready to serve you the pizza you love, whether it’s picked up for carryout, at the curb or delivered hot to your doorstep. Pizza Hut has a decades-long history of providing delivery—from our oven to your home—and we’re preparing our team of dedicated drivers for an increased demand in online ordering and delivery service.

What is the phone number for Pizza Hut?

Where is Pizza Hut located?

What is the internet address for Pizza Hut?

How big is Pizza Hut?

What days are Pizza Hut open?

How is Pizza Hut rated?

Worst experience with Oak Street Pizza Hut. I haven't tried pizza hut in years but thought I would give it a shot for delivery. Generally use local places. Placed a $31 order online. 25 minutes later I get a call from the store very rudely stating that this would be the last time they would take our order because we were "way outside" their 8 minute delivery range and that it would be a 30 minute trip for the driver. We live about 10 minutes from the store according to google (less from my driving). I asked why and was brashly told it just wouldn't happen again. 35 minutes in, the driver shows up and has the receipt but no pizza. He apologizes, was very nice (no issue with him) and said he could be back in 10 minutes. (Interesting since they just told me 30 min trip?). I called back and asked to speak to the manager - it was same lady that had called earlier and said her name was "Linda". I mentioned I was going to file a complaint because of her prior rudeness. She just replied "OK?!" and hung up. I called back and she answered then put me immediately on hold. Called back again and Caitlyn answered, was very professional unlike the "manager" Linda. I requested to just cancel the order to not waste the drivers time on a return trip. Caitlyn mentioned they would process cancellation when the driver returns and expect it in 2-3 days.
Overall, wish I hadn't tried Pizza Hut again. Hope I get my $31 back, but not counting on it. @PizzaHut #PizzaHut

The pizza was hot, it was made the way I ordered it and was delivered in a timely manner.

Our pizzas had either no sauce, or the wrong sauce on all three.