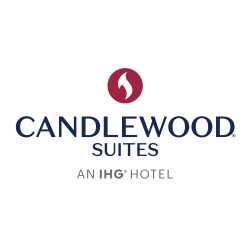 Experience quality amenities and service at an affordable price when you stay at the Candlewood Suites in Conway AR. With its location just off Skyline Drive and I-40, the hotel is nearby the beautiful Beaver Fork Lake and Lake Conway, and is within walking distance to a dog park and trails. The Conway Towne Center Shopping Mall, which includes a movie theatre, trampoline park, shops, and restaurants, is just a short drive away. You’ll also be just stepping away from Walmart, making it incredibly convenient to buy groceries and other necessary items that you may need for your stay. For those traveling for work, the hotel is within close proximity to area businesses such as Kimberly Clark, Acxiom, SnapOn, Hewlett Packard, Southwestern Energy, Baptist Hospital, Conway Regional and Suddenlink. And it is just minutes from Hendrix College and the University of Central Arkansas, as well as nearby the oil and natural gas exploration and drilling areas around Conway. Lodging at the Candlewood Suites Conway is the best choice for leisure and long-term travelers alike. This apartment-style hotel provides extra space and full kitchens in every room, plus access to free guest laundry and an onsite Fitness Center. You can pick up snacks and sundries from the Candlewood Cupboard and a movie from the DVD Library to enjoy in your suite. We're pet-friendly too! Be sure to ask about our pet policy.

What is the phone number for Candlewood Suites Conway, an IHG Hotel?

Where is Candlewood Suites Conway, an IHG Hotel located?

What is the internet address for Candlewood Suites Conway, an IHG Hotel?

The website (URL) for Candlewood Suites Conway, an IHG Hotel is: https://www.ihg.com/candlewood/hotels/us/en/conway/cnwcw/hoteldetail?cm_mmc=YextLocal-_-CW-_-US-_-CNWCW

How big is Candlewood Suites Conway, an IHG Hotel?

What days are Candlewood Suites Conway, an IHG Hotel open?

How is Candlewood Suites Conway, an IHG Hotel rated?

Candlewood Suites Conway, an IHG Hotel has a 4.1 Star Rating from 184 reviewers.

I disagree with the so called GM response but have my refund-- we will not do future business. Still poor customer service.

And breakfast and didn’t have any of that! I’m never staying here on vacation with my kids again! Everything wasn’t what it turned out to be !

My closet door was jammed. The bathroom vent fan didn't work. The desk chair was completely and obviously broken when I arrived and the TV didn't work. I brought all these issues up. Only the chair was replaced. When I called back 2 more times and spoke again with the front desk about if anything had been done about the TV and the vent fan they asked if I had tried turning the power on and off since our last call. (Ignored the vent fan ) I asked specifically about the vent fan and I was told nothing was done followed by awkward silence. Then I was told that either herself or someone else would soon come and work on the TV. No one ever came. Just trying to help out for the next guest
Guess they don't care about mold, because they seemed to refuse address the bathroom vent fan.
Counterspace was tiny and the room was large. Dishes were in dishwasher when I arrived. TV was from, probably 20 years ago and never turned on. Dvd player randomly turned on and off opened cd tray repeatedly ghost style until it woke me and I unplugged it at night.
Didnt address IHG status when I arrived even though there was a hugh box of snacks for members on the check in desk I wasn't offered a snack or points, nor did I ask.
Drawers all were jammed and had to force them open or close.
Just glad I didn't get bed bugs, cause I'm sure others have here.

The single worst hotel experience ever. From several plumbing leaks to bedbugs to a completely inept manager. Promised compensation for all the inconveniences, but it was all lip service and lies.

Not a good value. Very dated and not well maintained. Just stay at the holiday inn.