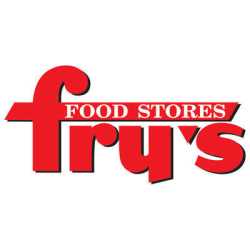 Fry's Pharmacy is staffed with caring professionals dedicated to helping people lead healthier lives. Our Pharmacists provide more than just prescriptions and over-the-counter medications; they provide advice and support, and are a trusted source of information. Our Pharmacists are professionally trained to administer vaccinations too. Let us help you protect your health!

What is the phone number for Fry's Pharmacy?

Where is Fry's Pharmacy located?

What is the internet address for Fry's Pharmacy?

How big is Fry's Pharmacy?

What days are Fry's Pharmacy open?

How is Fry's Pharmacy rated?

Fry's Pharmacy has a 2.6 Star Rating from 39 reviewers.

They never answer the phone, lose scripts and constantly have a long line and try to push giving you your medication or even simply transferring your prescriptions out. It’s all a hassle I would give it zero stars if I could honestly. Please try the Walgreens if you can

What a pile of garbage Pharmacy!
My wife and I have been using this Fry's pharmacy for almost 5 years and it has become so absolutely terrible that we won't even shop in the store for food because the pharmacy is incompetent! If you want your medication in a timely manner don't go here!!

Worse pharmacy EVER!!!!!! My prescriptions were called in LAST THURSDAY. I called in on Tuesday, they said they were going to push my scripts to priority. I was told they would be ready Tuesday by 3pm. I went in Wednesday , I figured I'd give them an extra day. Went in at 11am..they said they'll be ready by 3 yesterday. I came back today and THEY'RE STILL NOT READY!!!! Learn how to run your pharmacy. Only one tech one pharmacist and one cashier!!! People need their meds today not 7-10 later. So annoyed. They really deserve - 00000000. Don't take your prescriptions here. I'm changing pharmacies.