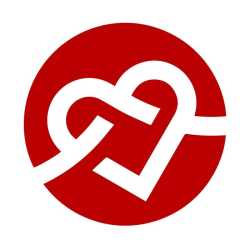 Groove stores are spacious and beautifully-decorated. Our helpful, well-educated staff is committed to ensuring that our guests have an excellent experience while shopping our extensive selection of lingerie and adult toys. Groove lingerie ranges from naughty to nice and petite to plus size. Groove offers a carefully curated selection of only the best sex toys at excellent prices. We have a huge selection of romance and erotic fiction books, as well as instructional books that can enhance your sex life. Groove sells great romantic gifts and our bachelorette gifts are hilarious too! Shop our Phoenix store on Glendale Ave and 12th St.

What is the phone number for Groove?

Where is Groove located?

What is the internet address for Groove?

What days are Groove open?

How is Groove rated?

Groove has a 3.0 Star Rating from 2 reviewers.

This place is clean and classy and the staff was friendly and not pushy at all. I love being able to take my wife to a shop like this. Adult stores can be creepy but this place is nice, great experience all around. Huge selection of lingerie and well organized adult toys.

Came here with my wife after one of the first few days they opened, my wife made a purchase of about $80 total. When we were being rung up we were at the register for almost 5-10 min due to the girl clearly being new and not being able to figure it out she finally had the other girl at the store help her. She had my wife run her card multiple times and at first without asking for a phone number as my wife is a regular at there other locations and has an account that builds points by phone number. She finally got her phone number in and ran the final transaction. We thought nothing of it just being patient abs understanding that they’re new and the store is newly open. The next day my wife checks her bank statements and see she was charged an $80 charge plus a $160 charge. We were both baffled as she only spent about $80 and that charge was present plus another one. We live less than 5min from this new location so we just drove there to show them our receipt and bank transactions. The girl whom was there was also no help really at the end of the day. She tried calling her manager but as we explained it and showed her both transactions and the receipt for some reason she could not comprehend it or was just not paying attention I’m really not sure but she called her manager to help and told us that we would need to call back and speak to the manager. Long story short my wife spoke to the manager and the girl again that same day and said that they were going to refund her the amount we waited days then contacted our bank to only find out they were investigating it. Basically they said we were lying about the other charge so they would not have to refund us when they can clearly check there cameras or transactions or better yet look at the transactions we are showing them on our bank statements. I will never buy my wife anything here ever again nor will we be shopping here ever again as well as telling all the ppl she knows about the situation so they also will not shop there! Would obviously leave 0 stars if I could for probably the worst customer service eve Randy not to mention being called a liar bacause you are hiring incompetent ppl and clearly not training them correctly