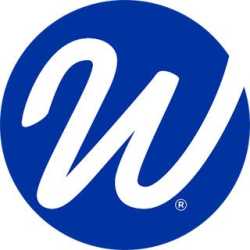 Headquartered in Phoenix, and serving all of Maricopa and Pinal County, we provide Valley homeowners with the best replacement windows and doors at the lowest possible price. No gimmicks. No hassles.

What is the phone number for Window World of Phoenix?

Where is Window World of Phoenix located?

What is the internet address for Window World of Phoenix?

The website (URL) for Window World of Phoenix is: http://www.windowworldphoenix.com/

How big is Window World of Phoenix?

What days are Window World of Phoenix open?

How is Window World of Phoenix rated?

Window World of Phoenix has a 3.7 Star Rating from 105 reviewers.

They did great job.

Still waiting for them to be installed. Been since June. Fingers not crossed.

WINDOW WORLD of Phoenix:: If I could have given this company a ZERO rating I would have! My night mare began, 16 Oct 2019, when the salesman came out to give me the pitch. The line of windows shown me were not the cheapest, but the salesman was very nice and I was in need of all new windows. All of the installed windows had scratches on the glass and eventually they had to be replaced 03 Feb 2021...The installers were nice, but not as experienced with installing the glazing, which they removed from the first installed and reused for the second. Some of the glazing was bad so they left it in patches on the exterior of a large picture window....This window, cracked a few days later and they had to replace it....again. The extra large picture window could not be reinstalled as it arrived with larger swirling scratches (per installer, I did not see this) Some side panels to my slider door windows also came in with scratches and had to be reordered. Today:: 22 July 2021 was supposed to be the latest and last installation of the 2 picture windows and two side panels to my sliding glass doors....The small picture window was redone as were the two side panels, but as for my extra large picture window, it arrived in poor condition this time with the scratches on the inside of the double pane window....the installation of the glazing was a hack job, worse than in the past installs and when one of the sliders was reset for being level with the interior walls, who ever did that job lost control of the screw gun and it skipped leaving pock marks on the vinyl....I would like a phone call from some one telling me what is going to happen with my large picture window....we shall see if they are going to make this right or not. I do not want to have another phone chat with the Phoenix general mgr as he was yelling at me the last time I left feedback.... Services: Glass installation, Window repair

Better than expected service and product.