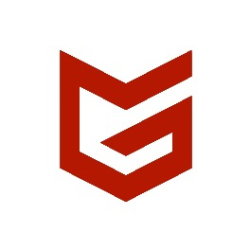 Our support team is available 24/7 to assist you. You won't have to pay a deposit or any fees until your case is won. We succeed in more than 99% of cases. Get started now with a free consultation.

What is the phone number for Goodnow McKay Injury Attorneys?

What is the internet address for Goodnow McKay Injury Attorneys?

The website (URL) for Goodnow McKay Injury Attorneys is: https://goodnowmckay.com

Goodnow McKay Injury Attorneys has a 5.0 Star Rating from 22 reviewers.

Goodnow McKay Injury Attorneys was very professional in the handling of my case. The specific Goodnow McKay Attorney (Courtney) that worked on my case operated with professionalism, ethics, and courtesy. She always kept in touch with me and let me know what was going on with my case. Along the way (thru the case), she was diligent in representing me. She had an extensive knowledge of the law which was of great benefit to my case. She provided brilliant representation leading to a very successful outcome in my case.

I rate this law firm and the service I received a 5 out of 5. If you choose Goodnow McKay ask to be represented by Courtney Lorentz. My case was very complex, Courtney maintained excellent communication throughout the entire process. She interfaced with all parties concerned, which relieved the stress of having to deal with Insurance adjusters who are just after a quick and minimal resolution.
She is well versed and a critical thinker and will take the time with you to present the best strategy for your case. You are in good hands with Ms. Lorentz and I highly recommend her and the Goodnow McKay law firm.

I highly recommend Goodnow McKay injury attorneys for their knowledge, of the law, professionalism, hard work and success in fighting for me following my car accident. They have always answered my questions, followed up and kept me informed, while constantly reassuring me that we would get through this difficult time together. The Goodnow Mckay law team have proven to be compassionate, understanding, patient and kind. They genuinely care for their clients. If I would ever need a personal injury attorney again, I would not hesitate in choosing these amazing attorneys. Best Arizona Injury Attorneys 2021.

Chris Goodnow and Andrew McKay helped my son who was in a horrible accident. They not only went above and beyond our expectations but we’re very responsive and put us first every step of the way. We highly recommend them.

Let me start off by saying that there is no one else I would recommend more to be by your side! Justin and his team at Goodnow|McKay have done an exceptional job at helping me to earn what was deserved! I cannot thank them enough for being so kind, patient and understanding. Please, do yourself a favor, and let Justin and his team help you! You won’t regret it! Their outstanding support meant more to me than anything else!
Words cannot express the gratitude, appreciation and respect I have for Justin and his team at Goodnow|McKay! It has been a long battle, but one that I have absolutely no regrets about thanks to Justin and his superior support. I began this journey, quite literally, in tears on the first day I reached to Goodnow|McKay after being humiliated and bullied by the opposing party’s insurance adjuster. I was depressed, I was anxious, I would wake up in the middle of the night with panic attacks from the stress I felt from this car accident that seemed to uproot my life over night! I knew the insurance adjuster was simply “low-balling” and cheating me on a fair settlement, but I had never had to deal with something like this before, so I had no idea what to expect. All I knew was that I was being cheated out of a decent settlement when all I wanted was to be fairly compensated for the hospital bills and tuition from needing to withdraw from college due the accident. They offered a small fraction of that which didn’t even cover the full amount of the medical bills let alone any part of the lost tuition from college.
That’s when I finally decided to reach out to Justin and his team, a decision I am immensely proud of! I’ll never forget that day, because it was the final straw for me. The adjuster had just finished tearing me down, and I was on the verge of giving in because the adjuster wouldn’t budge and was being condescending. I told myself that if I couldn’t find help, I’ll just accept this poor settlement and be done with it. But I knew if I had done that, I’d live with the regret of not trying hard enough to get a fair settlement. Justin, from day 1, made me feel like my situation truly mattered! He and his team understood the pain I was going through mentally, and they ensured me that we were going to fight back as hard as possible to earn what I was owed! I had tried calling a few other firms before I found Goodnow|McKay, and I felt like they didn’t truly listen to me. Those other firms made me feel like I was just another client, whereas Justin and his team made me feel like they truly wanted to help me and that I mattered to them beyond the possible financial gains. It was such a relief to speak to a firm that truly cared about my situation and listened to me while I was sobbing, scared and just overwhelmed. I hung up the phone after our initial interaction and I felt a sudden sense of relief, as if the weight on my shoulders just melted away. Don’t get me wrong, I still felt nervous and worried but I mostly felt empowered and ready to tackle the adjuster head on, all because I knew I had Goodnow|McKay right beside me!
Let me also mention that Justin has been exceptionally patient and kind. Not once did I ever feel rushed even when Justin had every right to make me feel so. I say that, because there were many times throughout this process where I just simply did not want to deal with it. I didn’t want to think about the accident or the stress of the settlement or anything with the process cause when I did, all those bad feelings would flood back in and I dreaded it! So oftentimes, I would ignore the situation or put off the emails. It was not okay at all for me to do this. But not once did Justin ever get upset with me for blatantly disregarding his messages, oftentimes for weeks. That to me shows just how patient and understanding he is. We finally came full circle and won the settlement amount that we both were comfortable and satisfied with. I could not ask for a better person to represent me! I will be for ever grateful to Justin! Thank you, Justin and Team! I am forever grateful to you all!