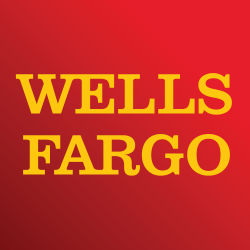 What is the phone number for Wells Fargo Bank?

Where is Wells Fargo Bank located?

What is the internet address for Wells Fargo Bank?

The website (URL) for Wells Fargo Bank is: https://www.wellsfargo.com/locator/bank/4323__W__PEORIA__AVE_GLENDALE_AZ_85302/?utm_campaign=Local_Listings&utm_source=Others&group=Community_Bank&loc=WF06291

How big is Wells Fargo Bank?

How is Wells Fargo Bank rated?

Wells Fargo Bank has a 3.4 Star Rating from 25 reviewers.

Poor poor service. Been sitting in the teller drive thru line for about 30 minutes. It would be nice if they could pop in to update me on what’s taking so long. Simple withdraw; I’m sure they do multiple a day. If it’s a computer issue at least advise your customers. Love Wells Fargo but not this location.

Pretty standard Bank good the staff here the couple times that I've came have been very friendly. I have not encountered too long of a wait here at all, usually there's only one or two people ahead of me if any. I do know that they have loan officers and personal bankers on site if anyone needs those services.

Everyone from the manager to the tellers to the bankers was so helpful to us as we needed to take care of several banking matters. In particular we worked with Veronica over several appointments to handle a complicated banking matter and process wires. Also Lewis another banker there helped us. My parents are older and they were very patient and respectful to them. We had appointments scheduled and everything was managed well so that we didn't have to wait long either. Thank you!

Early last week, I called this location intending to arrange an appointment for my Sister-in-law to move her account to Wells. Who ever took the call, said someone would call me back. Migel called back late the same afternoon and we arranged a visit for my sister-in-law with Migel at 2 PM on 6/26. I gave Migel very detailed instructions as she has some memory issues. When she showed up for the appointment, she was told he had too many people in front of her. He apparently suggested she come back at 4 PM. She later decided not to go back and interestingly, Gloria nor I have had a follow-up call back from Migel.
We are going to try to do something with another Bank and I may make the switch of my relationship as well Don't think Wells really cares.
I have had a financial relationship with Wells Fargo for years here in Scottsdale and previously in California. I would suspect I am a reasonably profitable account for Wells.