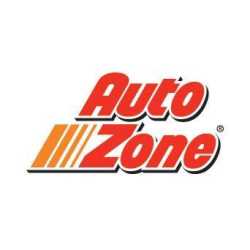 AutoZone N Pinal Ave in Casa Grande, AZ is one of the nation's leading retailer of auto parts including new and remanufactured hard parts, maintenance items and car accessories. Visit your local AutoZone in Casa Grande, AZ or call us at (520) 836-4710.

What is the phone number for AutoZone Auto Parts?

Where is AutoZone Auto Parts located?

What is the internet address for AutoZone Auto Parts?

The website (URL) for AutoZone Auto Parts is: https://www.autozone.com/locations/az/casa-grande/2729-n-pinal-ave.html

How big is AutoZone Auto Parts?

How is AutoZone Auto Parts rated?

AutoZone Auto Parts has a 4.3 Star Rating from 306 reviewers.

Done with Autozone, will pay a little extra, drive a little further to NAPA or Oreilly's... been to store at 2729 pinal,... first time I heard they stopped making the trans fluid for my F350, asking the clerk what is the new manufacturer oil, he argued that i didn't know what was wrote on the dip stick for the original type, second visit... I was in store for about 5 minutes.. morning of 9/21, check film, no to help me at the counter, found clerk stocking shelf in rear of building and heard another but couldn't see anyone, but as phone rang I waited till they got up front, and someone appeared from behind the batteries... one jumped on the computer(believe was a manager), the other the phone and was totally ignored, never acknowledged with even a go to hell.... don't want my business, i'll take it elsewhere.