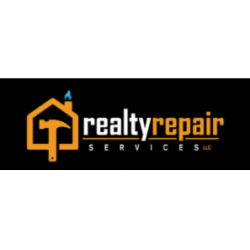 Having a functional HVAC system, electrical system and plumbing system at your home in the Wasilla, AK area is more than just a luxury. You rely on equipment like your water heater and furnace to get through the day, which means you'll need a repair company you can also rely on. The experts at Realty Repair Services can repair any water heater, HVAC unit or plumbing component in your home and help you get the most out of your most-used systems. Reach out to our mechanical contractors today to arrange for repairs.

What is the phone number for Realty Repair Services?

What is the internet address for Realty Repair Services?

The website (URL) for Realty Repair Services is: http://realtyrepairservicesak.com

How is Realty Repair Services rated?

Realty Repair Services has a 4.7 Star Rating from 26 reviewers.

The gentleman that came to our home was very professional courteous he was efficient had all of his equipment with him including parts. Such a drastic change from the competitor that we have been using for many years is in our neighborhood. Thank you plumbing and heating doctor! I’ve already referred your business to several of my friends and they too have been very satisfied with your service. Service: Leak investigation and repair

I called this company at 4:45 am on a SUNDAY and someone answered the phone!! Within a few minutes I was speaking with the technician who got all my information and within a short time was at my home (25 miles away); correctly diagnosed the problem and checked for any other issues with my on demand water heater!!! What more could a girl ask for? He was friendly; professional and fixed the issue. OUTSTANDING. I had no issues with the price charged. IT WAS TOTALLY WORTH IT and reasonable for the time, location and day of the week I was asking for service. Thank you for the great service. Service: Boiler repair

Called this company out for a water leak issue underneath my kitchen sink in March 2021 on an emergency call basis at $252 per hour. It turns out the plastic water tubing from underneath the kitchen sink to the refrigerator ice maker was leaking. Said “plumber” told me via the telephone that he would need to go to Home Depot or Lowe’s to get basic parts to replace and that there would be an added hour and trip charge to complete the work request. I instructed said “plumber” to please ensure that there would be no further flooding issues at my house after he left from the service call. ( It was my expectation, which I communicated , that said plumber would take any and all necessary steps to ensure that the work he did was done adequately so as to ensure his work didn’t fail and cause further flooding. Damage in my home. After all, this is why a home owner calls a plumber out in the first place-every time.) basic right? Apparently not. Less than 48 hours after said “plumber” left the house, the tenant calls again stating that the flooding issue has happened again. I called said “plumber” and let him know that his work had not only failed but caused another flood in the house. Said “plumber returned two days later to again attend to the issue and rather than warranting his own work from the first call, promptly began calling me again for payment, another $440 approx dollars I presume. Unbelievable, I know. Still reading? It gets better- keep going…. Yes you guessed it. The tenant calls me once again a third time to let me know that after the second time said “plumber” left the house less than 48 hours later his work had fallen apart and created a third flood in the house. This time damages were exceptional as the tenant was not home since he had to work overtime on that day. The fact that a licensed plumber had come and gone twice gave me great pause as to why there would still be continued flooding in my house. The third time Inspoke to said “plumber” he refused on point to return to the house stating to me with utter contempt in his tone, “we’ll, I don’t know what you want me to do the line from under the kitchen sink to the refrigerator is crumbling and breaking! Again, he demanded payment from me for the second trip out- still not warranty if his own work which was clearly at fault and I the homeowner have now sustained costs of flood damage, restoration costs, the cost of a round trip plane ticket from out of state, a rental car cost, other traveling costs, contractor expense, among others which I will not mention but… you get the point. My mind was racing on the way up there… what could be so so so wrong with his work that the house continued to flood twice after he left each time within 48 hours? Why did he state to me that he would have to go to Lowe’s or Home Depot to get parts to replace and then tell me later when I questioned him about the continued flooding “ well I don’t know what you want me to do- The line is brittle and crumbling” …. Didn’t seem to make a match and correlate with the need to get new parts to REPLACE as it was stated. I would just have to go and see for myself! He’s a licensed plumber right? I tried not to judge as a I wasn’t there. Fair enough, right? Wait for it…… wait for it …… when Inarrived on scene, the tenant had been 30 days no water in the kitchen- no dishes no laundry no cleanup etc… all because said “plumber” does NOT WARRANTY HIS WORK EVEN FOR 48 HOURS at $252 per hour!!! I’m not finished… it gets even better. I opened up the kitchen cabinet doors below the kitchen sink to find along with statements from the tenant that said “plumber “ had demolished the floorboard of my brand new kitchen cabinets (newly remodeled kitchen) with a hammer AND said “plumber” kept reattached the old line on one end with a piece of a new line on another end with metal clamps and kept repeatedly trying to FUSE the two plastic ends together by melting them with a cigarette lighter. CODE? ABSOLUTELY NOT. But, I have the photos and written statements from tenants to prove. Service: Leak investigation and repair

Excellent service! I needed after hours and weekend service and they we here right away. Tony, Robby, and Jake are professional, efficient, and very informative. Very happy with new combi unit and they will be who I call every time.

Tony was wonderful. Came out to figure what why my hot water pilot light would not stay lit. He came over right away and told what it was. He fixed it and I’m so thankful.