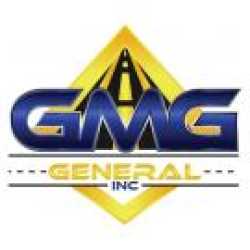 For over 15 years, GMG General has been paving the way for Anchorage as a general contractor offering a wide range of premium services. Over the years, this small paving and landscaping company has grown to become one of Alaska's most respected contracting services providers. Whether you're a residential customer in need of a new driveway or a commercial enterprise looking for a reliable contractor who will handle even the biggest project, you can rely on GMG General to exceed your expectations. The highly experienced team at GMG General provides a wide range of contracting services, including: * Paving: From new road construction and repair to driveways and bike paths, they have the expertise to handle any asphalt or concrete paving project. * Excavation: Their range of excavation services includes everything from site preparation to concrete demolition and land clearing. * Concrete: Call GMG General for any concrete paving project, from sidewalk and driveway installation to beautiful stamped concrete patios. * Residential & Commercial Snow Removal: As one of Anchorage's most dependable snow removal companies, you can depend on their crew to keep your driveways and parking lots clear. * Commercial Landscaping: If you own a company in Anchorage, make sure your property is attractive for clients and customers by choosing GMG General's commercial landscaping services. Since 1989, GMG General's dedication to customer satisfaction has helped them build a reputation for integrity and high-quality work, doing everything possible to ensure that your project is completed on time and under budget. Visit GMG General online to learn more about their contracting services and to see some samples of their work, or just call (907) 349-7854 to request a free estimate on your project today.

What is the phone number for GMG General, Inc.?

Where is GMG General, Inc. located?

What is the internet address for GMG General, Inc.?

The website (URL) for GMG General, Inc. is: http://gmggeneral.com/

How big is GMG General, Inc.?

How is GMG General, Inc. rated?

The price was awesome and the demo, framing and concrete pour went very smoothly and fast. Only 4 days from time of removal to finish concrete and only 2 more days to finished landscaping. I’ll be parking on my driveway soon. Everyone of the guy’s were very friendly, professional and accommodating to my wishes and needs.
Thanks so much for the great job! Services: Demolition, Landscaping, Concrete work, Driveways

I reached out to GMG after speaking with a different contractor that simply gave me an uneasy feeling about whether they would or wouldn't cut corners. GMG was very responsive and professional. They communicated very well with us concerning timelines and availability. While they were slightly more than the first contractors bid, I'm confident it was done right without cutting corners. Obviously time will tell, but I've seen nothing that would suggest otherwise. I'm happy I didn't go with the lowest bidder. Remember, quality and professionalism come at a cost.
We had our entire driveway (asphalt) torn out and replaced (concrete). We also increased the driveway width and length substantially. I thought for sure the project would take the better part of a week. I was wrong. They came in on day one and almost had the asphalt gone before I even left for work. They were able to get everything demo' d out and began prepping for the pour the following day. On day two they came in and hit it hard just like day one. Before they drove away at the end of the day the entire driveway had fabric, rebar, and was poured and finished. With the exception of coming back to hydroseed the areas beside the driveway and sealing the ends, which needs to be done later anyways, it only took them 2 days to complete the entire project!
I've already recommended them to friends and family and will continue to recommend them to anyone interested in getting their driveway installed! Services: Demolition, Concrete work, Driveways, Site preparation

In approximately February of 2017 the sewer connection broke requiring a portion of the driveway to be dug up to make repairs. I the summer of 2017 had GMG come in a dig up the entire driveway, remove original soil under the driveway and bring in better compacting soil, then pave the driveway. We were extremely with the work GMG did. The driveway had no droppage until the 2018 earthquake and then only an inch or so. After another significant earthquake it dropped about a half inch. Rather than wait and put up with the bump up every time I entered or left the garage I had them back to bring it level with the garage floor again. I am quite satisfied with the work they did and am especially impressed with their friendly and informative customer service. I found all the GMG personnel I dealt with to be friendly, knowledgeable, and professional. I wouldn't hesitate to recommend GMG for total driveway replacements or repairs. If I ever need further asphalt work done I would only call GMG. Service: Asphalt paving & repair

We've never seen a team so well oiled to perform all the tasks in sync with each other. They all took pride in their work and made sure the finishing touches were perfect. Even the equipment that drove in were first class, trucks, tractors, rollers, watering. Nothing was going to break down and stop this mass production. Believe the neighbors even were at awe at the work that was done, and now have their driveway on the books to be paved. Great job, crew! We love Alaskan businesses! Service: Driveways

I’d recommend using any other paving company. GMG had terrible communication, didn’t do the job to spec, messed up our lawn by tossing gravel into the grass and stripping grass from a large unpaved area. Their crew literally came over with no plan and never got out a tape measure, but rather used spray pain lines from another contractor’s suggestions you start digging into our lot. Stay away.