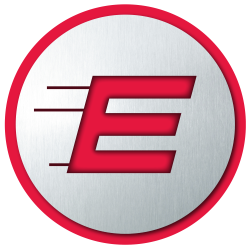 Express Oil Change & Tire Engineers is the preeminent automotive service provider in the United States with over 300 locations. Throughout our history, our oil change process has been refined to give our customers the quickest oil change around, while still providing the highest quality service and premium vehicle maintenance checks. At Express Oil Change & Tire Engineers, every action we take and every decision we make is guided by our mission, our core values, and our vision. Our Core Values: Integrity, Pride of Workmanship, Quality, Teamwork, Enthusiasm, Friendliness, Continuous Improvement

What is the phone number for Express Oil Change & Tire Engineers?

What is the internet address for Express Oil Change & Tire Engineers?

I want to make sure this is the Express Oil Change in Tarrant.
That manager I'm thinking he was because he knew everything.He charged me the higher oil change for my not so new Toyota Camry. I asked him not to because there's a cheaper oil that I could use that would have been in the 40s.
He charged me the higher version and look like they took five dollars off.67 dollars for an oil change.He did that because I was a woman. I've paid 45 dollars before.He was looking at an old sticker talking about I'm over the oil change limit. MY car has been parked..and duh you can go over the limit. Never again.

Nick was great while training a new guy too. The only con I have is the "Change Oil" msg was not cleared... but it's all good Nick I'll take care of it. I will return.
BTW the "change oil" msg was off the next morning I got in and started it...NICK IS THE BEST!!! 💪🙂