Crowdfunding for Your Business

Crowdfunding is not easy money, and if you want to finance some part of your business idea with it, you’ll need to think it through. Find out how to secure crowdfunding for your business. 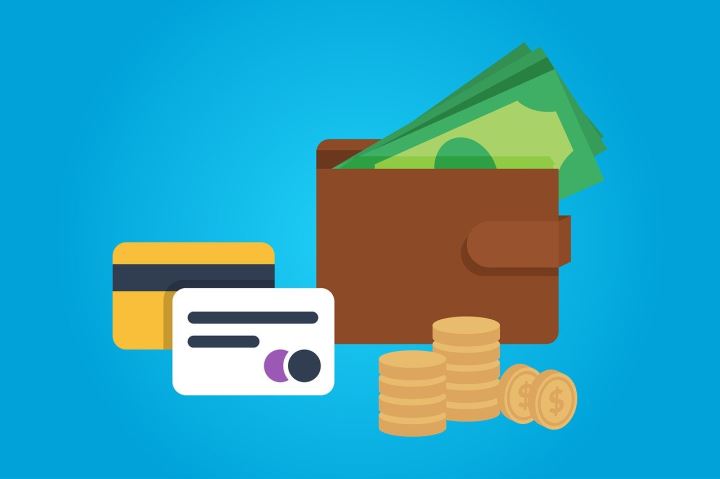 Crowdfunding is not easy money, and if you want to finance some part of your business idea with it, you’ll need to think it through.

Crowdfunding typically won’t secure the capital you need in one go: the average successful campaign earns $28,000, and the average success rate is 22%. If you want to raise money for an idea through crowdfunding, temper your expectations about how much money you’ll earn and whether you’ll succeed at all.

In theory, crowdfunding should be easy. You choose one of the dozens of crowdfunding platforms, fill out your profile, and drive backers to your page. But when you break these steps down, crowdfunding holds nuanced complication.

Rewards crowdfunding earned a name for itself on crowdsourcing platforms like Kickstarter and Indiegogo, where backers are promised incentives for donating to a campaign. You can offer contributors bonuses or exclusives that make them want to fund your product now, rather than waiting to buy one when the campaign is funded.

Equity crowdfunding connects you to investors through platforms like WeFunder and Localstake. Depending on which platform you use, investors may commit funds held in escrow until your investment round succeeds, or their pledge may be an unbinding or binding indication that they’d like to invest a particular amount during the funding round.

Who could benefit from crowdfunding?

Entrepreneurs, startups, and small businesses who can’t guarantee a loan and aren’t looking to take on debt might consider crowdfunding an attractive option. It’s difficult for startups to secure a bank loan, and so many are already utilizing venture capital, angel investors, and friends and family to finance their ideas. It makes sense that crowdfunding could be another source of their capital.

With crowdfunding, there’s no APR and repayment term, but there are the guarantees you offered your backers, and you will be expected to deliver. But this isn’t always a drawback, because if you offered promotions of your products and services, this creates a pool of brand ambassadors who can share what they like about your company. The gained exposure for your product or service is another benefit of crowdsourcing.

But you won’t benefit from crowdfunding if your business idea is still unclear. Backers aren’t product testers, and delivering a faulty prototype to supporters will do more harm than good. Additionally, your product and service has to be something you can deliver on a deadline when your campaign is successful, otherwise you’ll have angry backers complaining about delays or cancellations.

In other words, people who will see the highest returns from crowdfunding are those who have a clear picture of their brand and are capable of marketing their idea.

The Pros and Cons of Rewards Crowdfunding

Rewards crowdfunding has been around slightly longer than equity crowdfunding. Because of this, you have the chance to learn from the campaigns of other entrepreneurs.

One of the cons of rewards crowdfunding is the challenge of mass distributing prizes if the campaign is successful. This may be a higher volume of orders than you’re used to distributing, so you’ll have to prepare for what could become a logistical nightmare if you don’t plan ahead.

Another con of crowdfunding is that it will cost you to set up a campaign more likely to succeed. You’ll need to produce your rewards, so it’s important to calculate what your net profit will be from a successful crowdfunding campaign less the price of backer incentives.

The Pros and Cons of Equity Crowdfunding

Equity crowdfunding is a fairly new form of crowdfunding, and a U.S. law passed in 2016 opened the opportunity up to investors regardless of their income or net worth. While there are success stories to draw inspiration from, for many companies, it’s too soon to tell if equity crowdfunding was a good long-term choice.

Working with both accredited investors and regular consumers through equity crowdfunding could be to your benefit, because you can draw from a larger pool of potential contributors.

However, you may miss out on the mentorship that often accompanies working directly with an investor.

Equity crowdfunding incentivizes investors who are passionate in your company to back you with a larger amount; they’ll see a higher return when you succeed. This is a benefit over rewards crowdfunding, which typically caps incentive to back your campaign at the highest reward tier you offer.

How can you set up a crowdfunding campaign?

You’ll need to verify your identity, typically through a bank account and ID.

You’ll also need to set a realistic goal with a reasonable timeline. Many platforms will not offer you a payout unless you hit that goal, instead returning money to the backers. Others will let you accept contributions even if the campaign is unsuccessful but for an added fee. Another share of platforms will let you keep the donations regardless of success or failure, so this is where choosing your platform wisely comes in handy.

Plan out what you want to offer your backers. How much equity are you willing to give to investors? Do you know what your business is valued? What incentives could you offer to see the highest return on investment? Some experts recommend around six to eight rewards if you are choosing rewards crowdfunding.

You also have the option to upload a video, update your backers, and share your campaign on social media. As we’ll detail below, it’s in your best interest to be as open with your backers as possible, so using all the tools of communication available to you is paramount.

What makes a crowdfunding campaign successful?

For many, success slips out of their grasp because they ignore the marketing component of crowdfunding. Having a strong social media following and engaging marketing materials boosts success. A crowdfunding campaign with video earns twice as much as one that doesn’t, and 53% of email shares convert into a donation. Entrepreneurs often think they’ll be drawing on funds from consumers who don’t know them, but success can also come from a pool of people who are already interested in the brand, including social media followers, friends and family, and repeat customers.

It’s important to update your backers frequently, because crowdfund campaign owners that do this can earn three times more. The sweet spot is around every five days.

Also ensure that you have a media page on your domain in case the press would like to reach out about your idea. Include customer testimonials to give potential backers a better idea of the value of your campaign.

Is crowdfunding worth it?

This is a difficult question for you to answer because financing any idea comes with an uncomfortable level of risk. Some companies might be more comfortable with a business loan or working with an angel investor. Others may want to take sole responsibility and bootstrap their startup.

But if you have the right tools for success, it could be worth taking a chance on crowdfunding. Even if you don’t succeed, your campaign might build excitement that you couldn’t capture through another form of investment.

Rochelle Burnside is a business and finance writer for BestCompany.com, a review site with verified customer experiences, and manager of the Business Loans category. She values learning new things, and she wants her readers to gain new perspectives through her writing. 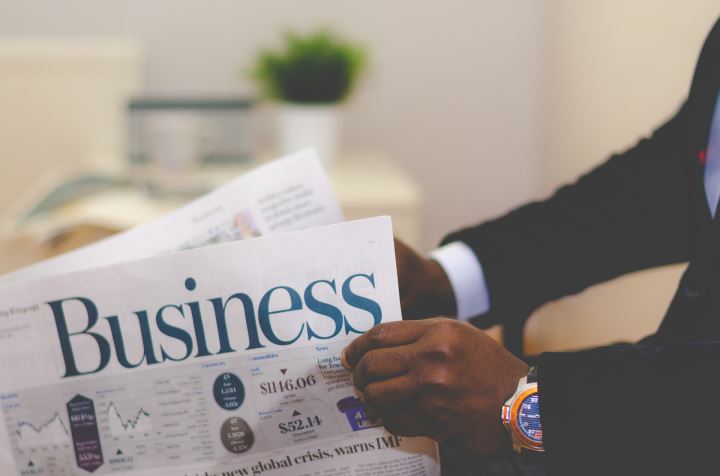 5 Tips on How Entrepreneurs Should Invest Profits

When you are an entrepreneur, the fact that you are turning a profit is a major accomplishment. Learn how to invest those profits for continued success. 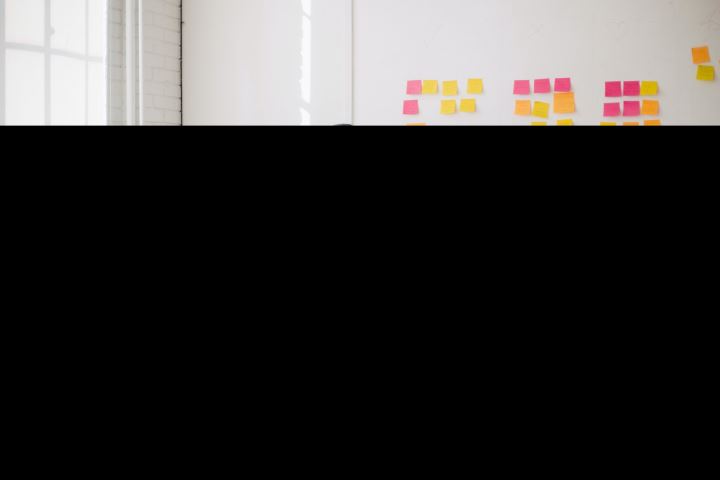 5 Uncommon Strategies to Grow Your Business During COVID-19 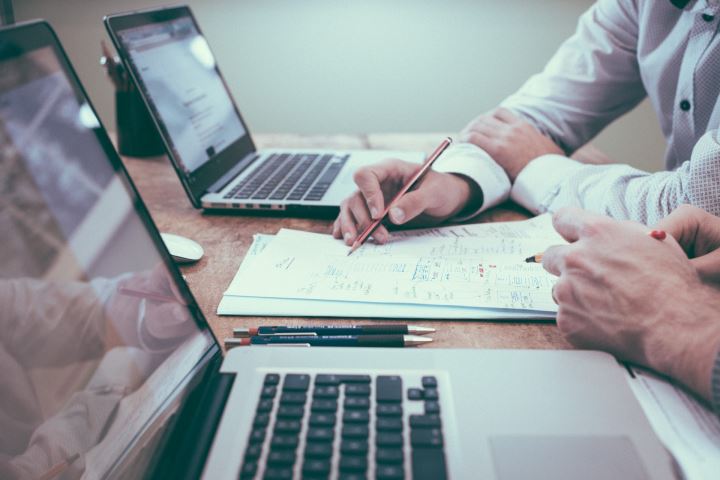 How Small Businesses Can Survive Through This Prolonged Period of Hardship

The world has rather been in a state of flux, with the sudden outburst of social and economical destructiveness having become more recurrent and persistent. Learn how your business can survive during this difficult time. 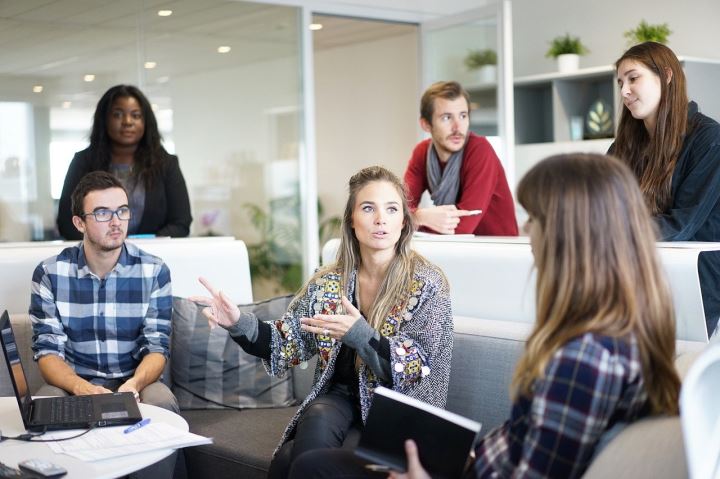 How to Demonstrate Diversity in Your Personal Branding

Putting together a diverse team, however, requires you to demonstrate your own diversity. Until you highlight what makes you different, how can you expect people of all genders, races, creeds, and cultures to follow you?